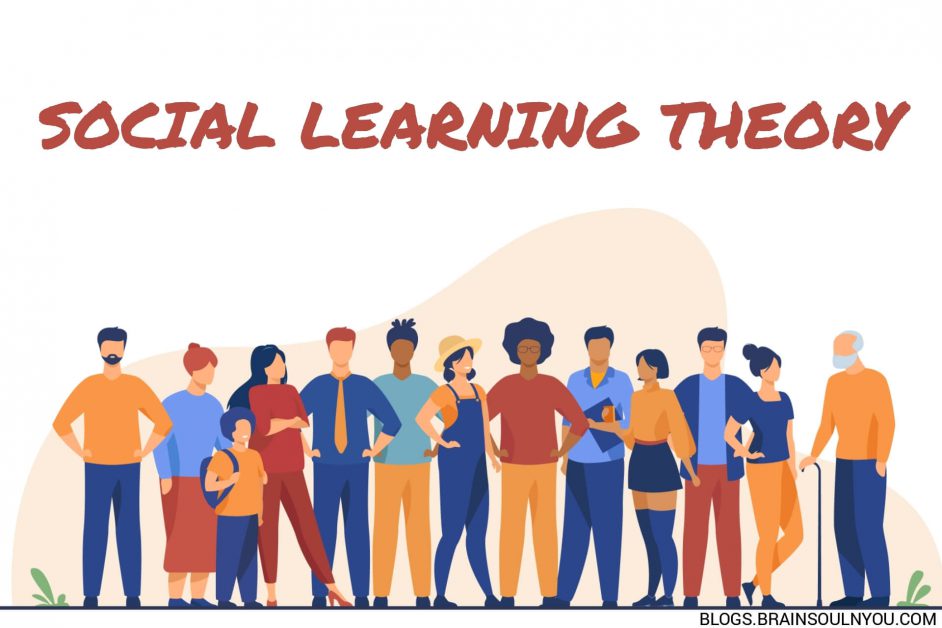 Social learning is when a person learns from society. Most of them learn from society because of the influence and peer pressure. If a group is doing something strange, then you think so many people are doing it, or if they are saying then they must be saying it right. In this peer pressure, you accept it as true without thinking whether it is wrong or right. There is a reason behind this because you do not want to seem different from the group or you think the group does not think you as different from themselves.

You must have felt around you many times when you are a part of the crowd, you start doing the same thing when the crowd is doing it. As all people using phones on the train, you will also start using your phone. Suppose in lift people standing facing left side, you enter in lift then there are chances that you will also stand facing the left side. In many occasion a person do things by seeing the group of people. This is human psychology and its a social learning theory.

Once an experiment was done. Some people were sitting in the waiting lounge of a clinic, who were part of their team. A man comes to that clinic, takes his appointment, and sits in the waiting lounge with the rest of the people. There a beep rang in the lounge and everybody stood up. The man who came later was watching everything and after observing it twice, he also started standing up. He felt that if everyone is doing then there will be some reason.

Gradually people kept going from there and that man was left alone in the last. But when the beep rang, he would still stand. Asked by the rest of the people who came there, he said if other people were doing it, then I too started doing it, maybe this is the rule here. So, all the people also start doing the same thing by looking at him. You guys also do it. In fact, we all start to learn a lot from society in the case of Influence, we feel it is right when everyone is doing it. That’s the reason people follow many rituals without knowing the reason why he is following just because of the society. This is also called the Rat Race.

In order to understand this better, social psychology gives these causes :

No Self-awareness – When people are part of a group, they experience a loss of self-awareness.

Identity – When people are part of a group, they can lose their sense of individual identity.

Emotions – Being part of a group can lead to heightened emotional states, be that excitement, anger, hostility, etc.

Acceptability – Behaviors that are usually seen as unacceptable become acceptable when others in a group are seen carrying them out.

Anonymity – People feel anonymous within a large group, which reduces their sense of responsibility and accountability.

Diffusion of responsibility – Being part of a group creates the perception that violent or unacceptable behavior is no a personal responsibility but a group one.

You should be an observational learner. This means observing society and then see what is right or wrong. Then choose the right by using your consciousness. Then you will learn right from society. Social learning is not a bad thing bad if you learn anything wrong then you live your whole life with that wrong belief. Know anything before accepting anything. If you observe deeply, everything is your teacher. Do not accept anything because of a large group saying it. Just observe and verify it.