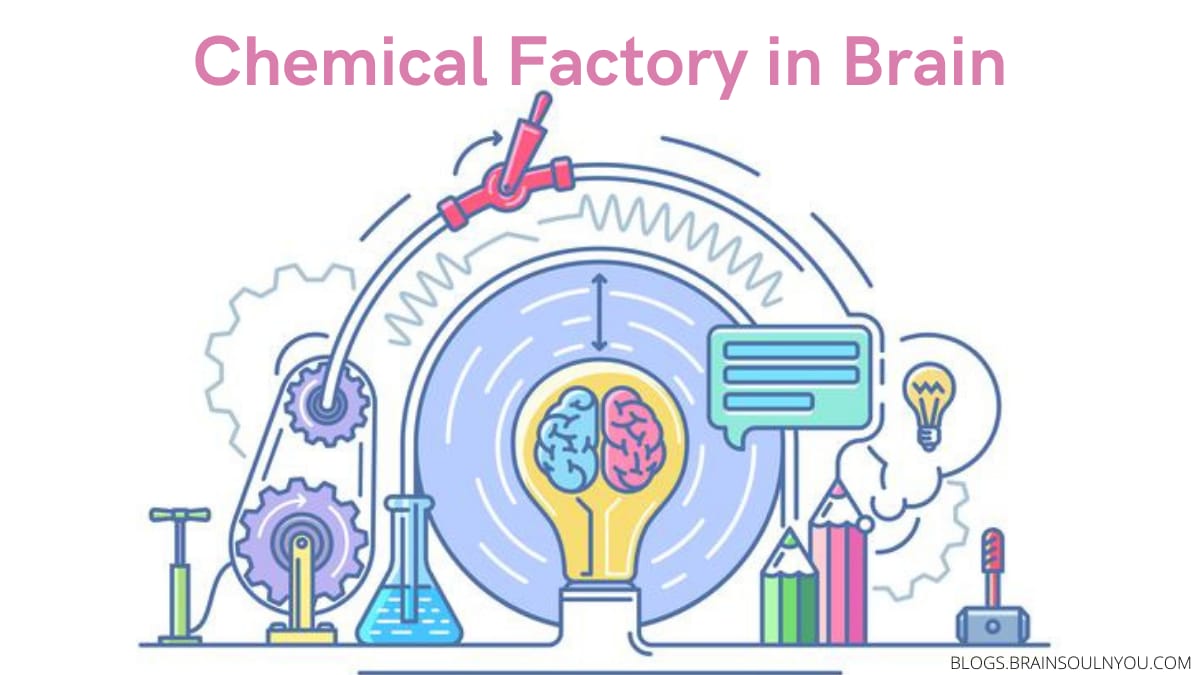 The chemical in the brain produces by your thought. This means all the chemicals are thought-dependent. There are four primary chemicals that can drive the positive emotions you feel throughout the day: dopamine, oxytocin, serotonin, and endorphins (sometimes referred to as D.O.S.E.). Each of these chemicals plays a huge part in the way our bodies function: physically, mentally, and emotionally.

Dopamine is a type of neurotransmitter. Your body makes it, and your nervous system uses it to send messages between nerve cells. That’s why it’s sometimes called a chemical messenger.

Dopamine is a pretty dope chemical as it plays a role in “how you feel pleasure”. It helps you to focus when learning or working. This brain chemical enables you to find things interesting. It plays a pretty significant part in thinking, planning, motivation, sleep, mood, and attention.

Consumption of Alcohol and Drugs such as cocaine produces dopamine and makes the consumer feel happy, excited, and high. But, it is not recommended to consume alcohol and drugs as they have negative long-term effects, such as addiction, heart attacks and they can surface mental health problems.

Research also proves that using mobile phones, gambling, playing video or mobile games, and smoking also produces dopamine because while consuming these a person gets pleasure. That’s the reason a person becomes addicted to the things that give them pleasure.

You may not have heard of oxytocin, but you’ll have felt the effects of this brain chemical at least once in your lifetime. Oxytocin is the chemical that is referred to as a “Love Chemical” also. Because levels of oxytocin increase during hugging and orgasm. It makes you social and helps in building relationships with trust and loving feelings.

The release of oxytocin is known to create a warm and fuzzy feeling. It plays important role in sexual activities and orgasms. It is heavily present in couples in the first stages of their relationship. It plays an important part in trust, empathy, positive communication, and processing of bonding cues.

It is sometimes known as the “happy chemical” because it provides feelings of happiness, positivity, and wellbeing. Several studies have been conducted over the years which suggest serotonin increase can help to treat and prevent symptoms of depression.

It is believed that levels of serotonin can be increased through exercise, a balanced diet, and introducing more bright natural lighting. It helps in sleep, arousal, sexual desire, emotions, digestion, and cognitive and autonomic functions. Serotonin also affects bone growth and even organ development.

Endorphins are essentially released in response to pain. It helps you to push your body beyond your comfort level. That’s why it is also referred to as The Natural Painkiller. It released when you are injured, experience stress, eating, after 30 minutes of exercise, or sex.

When endorphins released they can help to relieve pain, reduce stress, and may cause a euphoric feeling. In short, they can make you feel pretty darn good.

There is a term Placebo effect in psychology. The placebo effect basically works the chemical in brain. If a person expects a pill to do something, then it’s possible that your brain chemistry can cause effects similar to what a medication might have caused.

One research on the placebo effect has focused on the relationship between mind and body. One of the most common theories is that the placebo effect is due to a person’s expectations. If you take any vaccine or medicine by faith, it affects you more and gives you positive results.

Some other Interesting Facts about Brain Chemicals

According to science brain can produce any chemical as it thinks. Suppose, somebody, talks about any sour thing like lemon, you suddenly start feeling the sour taste in your mouth. When you see some delicious food your mouth fills with water and you start craving that food.

The research was done to prove that your brain can produce all chemicals. Some scientists visited a jail. There a thief was to be killed by an electric shock. They told the jailer there that we will kill it with a poisonous snake. This thing was also given in the mind of that thief. He kept thinking about the poisonous snake all night now. In the morning, when he was to be bitten by a snake, his mouth was covered with a black cloth and two pins were chewed on him as if a snake had bitten him. In no time he went blue and died. When those scientists examined his blood, snake venom was found in it.

Most of the diseases in your body because of negative thinking that produces negative chemicals and causes the diseases. Diabetes, Blood Pressure, asthma, cancer, arthritis, etc are some examples of diseases caused by negative thoughts and emotions. You can heal from these diseases by changing your thoughts and mindset.