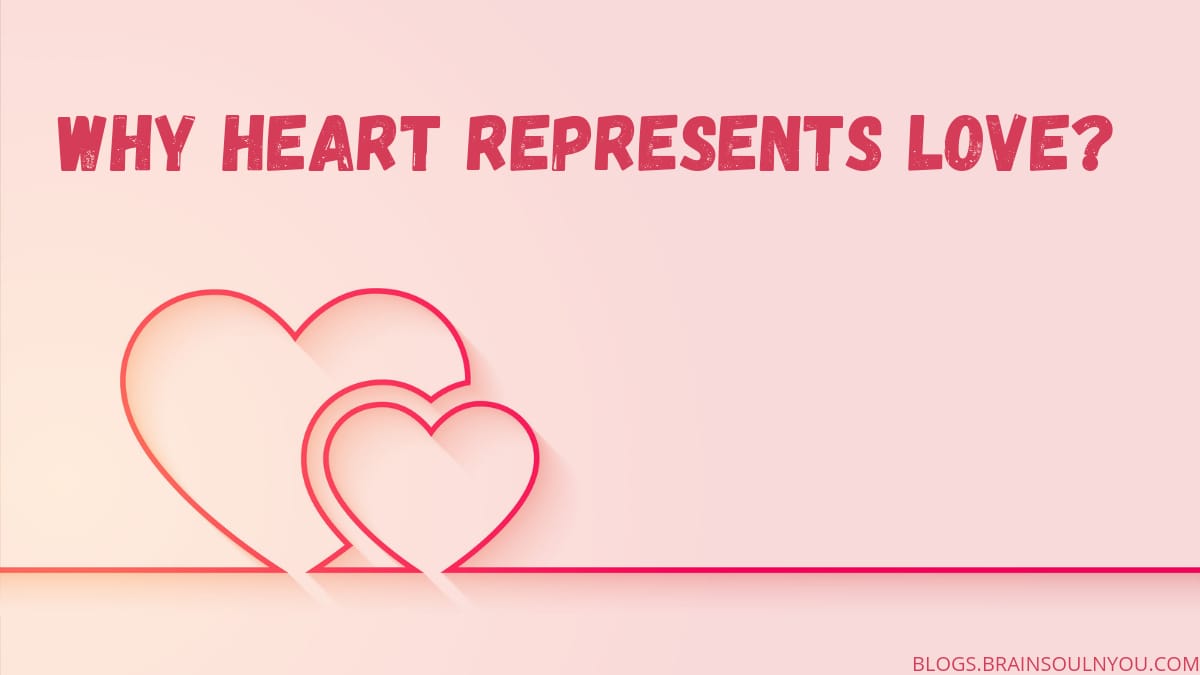 Have you ever wondered why a heart symbol is used to represent love? If you are asked to show love, you will make a heart shape. Or if you see a heart symbol, then you immediately remember love. The heart is seen as the home of love. In most of the songs made on love, only the word heart is used. Any dialogue related to love has the word love in it.

When it came to the idea of why we only use a heart symbol for love, where does it originate from, and what was its primary purpose? I read and thought a lot. So, I am sharing the origin of using the heart symbol and the different theories behind using it.

Origin of a Heart Symbol

It was around the Middle Ages that the heart symbol assumed its current meaning. When Valentine’s Day debuted in England in the 1600s, the heart symbol was the obvious choice for the symbol to denote the new holiday.

Today the heart symbol is the universal symbol of romance and love. It can be seen all around us, but mostly in the form of heart emotions on social networks. People send millions of digital hearts to the web every day to express their adoration for someone, or something.

Theories about the Origin of a Heart Symbol.

There are a few theories about the origin of a heart symbol.

One of the theories suggests that the origin of the heart symbol find back to an ancient plant called silphium. Silphium was a species of giant fennel that grew on the North African coastline near the Greek colony of Cyrene. In some ancient depictions, the silphium seed resembles the modern heart shape. In addition to this theory, some researchers believe that the heart shape originates from other plants such as the leaves of ivy, or the leaves of the water-lily.

Another theory suggests that Pierre Vincent proposed it, and Martin Kemp suggests that the heart symbol is probably shaped according to the writings of Galen and Aristotle. These ancient philosophers described the human heart as an organ with three chambers and a tooth in the middle. Winken and Kemp believed that the heart shape was created during the Middle Ages by scientists who tried to visualize ancient texts.

One more theory suggests that the heart shape is similar to that of a pine cone and is placed upside down. That is not in the normal heart-shaped position we know today. Researchers only assume that the pine cone-shaped object is a heart because the part of it held by the lover is hidden. The name of this novel is “The Romance of the Pear”, so the object could also be a pear.

I believe that the heart controls the flow of blood in our body. It pumps blood and regulates blood pressure. When blood flows through the body it creates feelings and emotions. It is as if electrons flowing in a wire create a current and create a magnetic field around that wire. That same blood flow creates emotions and there is an aura around you.

Love is nothing but your feelings and emotions. When you are in love with someone you are basically connected to each other by feelings. When you express the love you are actually expressing your feelings. As the heart controls all emotions, the heart is used as a symbol of love. Because there are no scenes of feelings and emotions. It can only be represented by a heart symbol.

The connection between Heart and Mind.

There is a connection between heart and mind. Your mind creates thoughts, your thoughts create your feelings, and vice versa. Both feelings and thoughts decide your life. While we notice these feelings of attraction in the heart, true love actually starts in the mind.