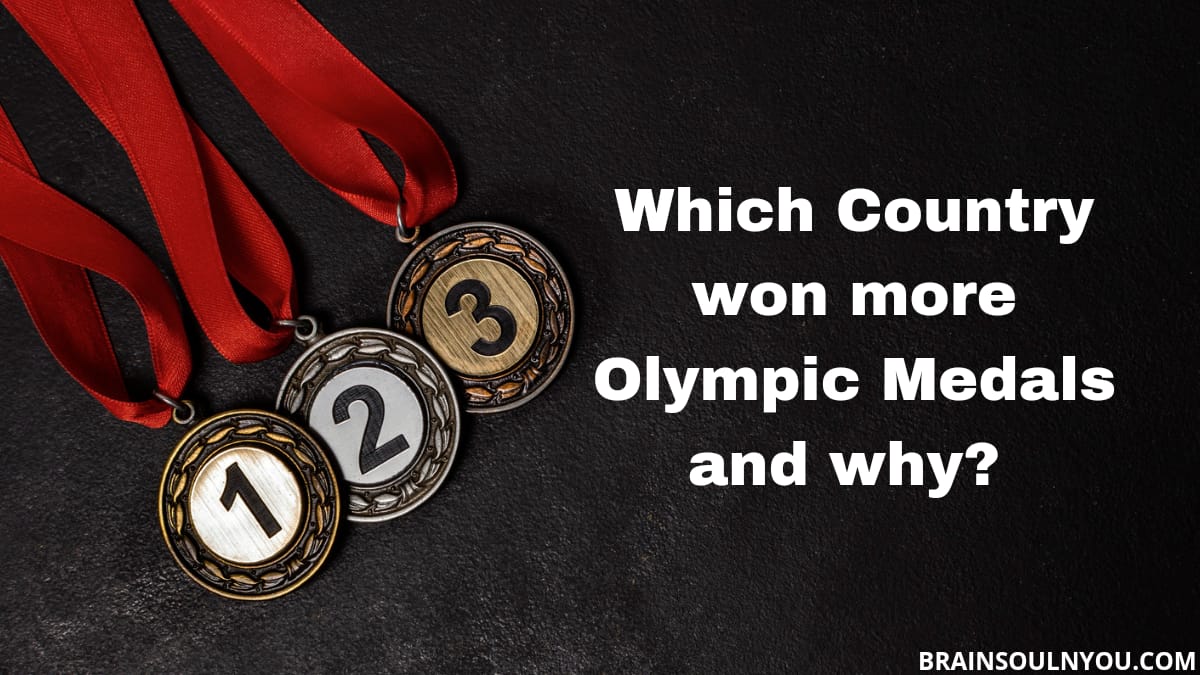 Recently, the Tokyo 2020 Olympic Games are going on. So a question came to my mind that Which country has the most Olympic medals to date. When I searched, very shocking figures came to the fore.

The US has won a total of 2,827 medals in all years of competition. Not many countries are even around this record. The United Kingdom has 883 and Germany is behind the UK with 855. Next comes France with 840. The US holds several records, including the most individual gold, silver, and bronze medals won. The US has 1,127 gold medals, 907 silver medals, and 793 bronze medals. These numbers are before Tokyo 2020 Olympics.

After knowing these figures, a question must come to your mind which also came to my mind, why the US has so many medals. And if we talk about India, then India has only 28 medals. 1% of the US total. I think this is a matter to think about and it should be discussed.

Most Olympic Medals by country in Tokyo 2020 olympic

Why does the U.S. dominate the Olympic medal count?

There may be several reasons that Why does the U.S. dominates the Olympic medal count? As you can say the USA is a prosperous country. He can give every facility to his players which are necessary for them. But there are other countries also rich but still, they are not able to compete with the USA.

Secondly, Perhaps for a moment, you may think that it is luck that the US dominates the Olympic Games every time. Luck can work for once but not for every time.

Some reasons which I think if everyone understands them then they can also perform better. Not only can improve performance in the Olympics, but also improve personal life.

It is believed that the human mind is programmed 95% in 7 years of starting. Meaning children learn anything easily and in the first 7 years, the programming of the mind becomes their life beliefs. If the child is taught the right techniques from childhood, then he becomes better in the particular game. And as I said, a small child learns anything easily. His mind works on automation mode.

As you programmed anything into your mind, your mind works in automation mode. You do not need to give so much effort.

Understand it with an example, like when you learn to ride a bicycle, you find it difficult in the beginning and fall many times. Because you try to balance the cycle consciously. But after practicing for a few days, you start cycling well. Now tell yourself, after learning, do you consciously balance it? No, you just pedal and the cycle automatically balance. This is how automation mode works.

When the cup is empty it is easy to put something in it. But if it is full, then everything keeps falling apart. If the mind of a small child is empty, then it is easier to program anything in it. Suppose a scientist invented such a bicycle, which when turning left, turns right and when turning right, it turns left. Now, tell me who will learn this cycle easily a kid who does not know how to ride a bicycle or an expert in cycling?

A kid will learn this cycle easily because his mind is empty. But a cyclist will need to empty his cup. This means he has to delete his previous programmed which now turning left turns left, and turning right turns right. There are more chances he can do mistakes after learning a new cycle also.

This is happening with most of those who learned the wrong technique previously. There are chances your subconscious mind can force you to make a mistake unconsciously. So, this is important to learn the right techniques at an early stage.

The most important factor that I think matters a lot is the state of mind. No matter how much practice you have and no matter how big a champion you are, if your state of mind is not resourceful during the game, then you may not perform well at that time.

This is the reason most of the champions fail to give their best. Your state of mind can be unresourceful because of the pressure of the game. If you know how to be in a positive and resourceful state of mind you will give your best always.

The Power of Visualization

These are some mind-blowing factors that plays very important role to perform better in any field.

Saurabh Goel is the founder of Brain Soul & You. He is an Entrepreneur, Author, Brain Performance coach, NLP Wellness Coach, Life Coach, Brain Analyst, and Trainer for Education, Corporate, Entrepreneurship.