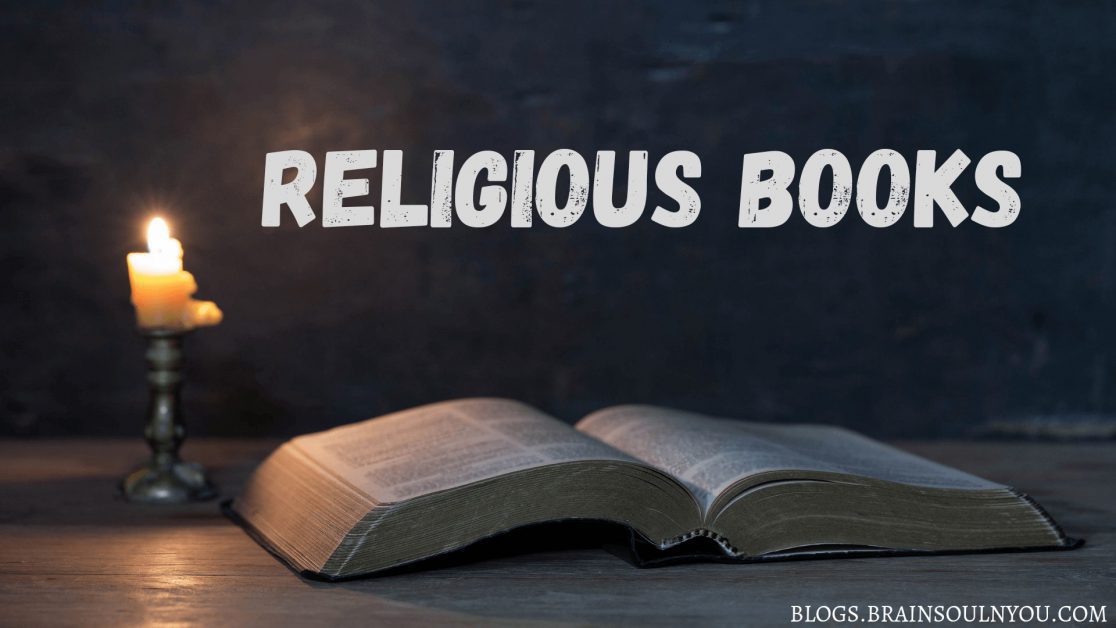 Religious books actually were made to learn from them, not just to worship them. There are different books in different religions like In Hinduism Bhagavad Gita, Ved-Shastra, Purana, and Upanishad. In Christianity Bible, in Islam Qur’an, in Sikhism Guru Granth Sahib, in Buddhism Tipitaka, in Judaism The Tanakh and The Talmud, in Jainism The agamas. Any text whether it is religious text or sacred text written in holy books, or a text written in any self-help books is written to learn.

Why were religious books written?

People of ancient times knew that writing was the only way to transmit what they have learned to the next generation. So, that’s why these religious books were written. But instead of learning from them, people start worshiping these scriptures. Because most of them written by the founder of religions or by the saints who were the witness of the religion and their incidents.

The text written in these books is so powerful if someone learns it and decodes it he can be very close to the truth that many seek outside. Most of the problems of individuals solve by understanding what has written in this text. Because of the divine knowledge, these books are given that much importance and give the status as a Holy book.

I have not read all the scriptures but after studying some of Hinduism’s scriptures I must say they have the knowledge that you will find nowhere. These are the oldest and the science that discovering now they already discovered and written in the Holy books in the form of sacred texts. We just need to decode them and need to understand the truth. These are scriptures that do not worship these need to study. The Bible, Quran, and other scriptures of other religions have also kept the knowledge that all should know.

We need to understand the science that they discovered that time and decode the stories that have hidden messages. Sometimes we take thing as it is without decode that’s the reason people following many rituals without knowing their purpose or their meaning. But I say never follow anything blindly just some group of large number saying it. Study it, self-analyze, and then believe it.

Perception of Author of Religious Text

And also does not believe fully in the text that is written in the scriptures, confirms it, analyzes it then makes a decision which thing is right or not. There are some scriptures in which text needs to be correct and it is not necessary if someone written that text many years ago must be 100 % right. He wrote according to his perception. Books are the perception of the author, understand their perception, and then make your own perception.

No te be a Frog of Well

As the frog of well in which he lives thinks this is the only world, there is nothing outside that. I will say whether you believe in any religion does not mean it is only the ultimate truth. There is no need to be a frog of a well, just come out from the well and see the world outside that well.

What I think a negative side of any religion or believer of any religion is that they think their God in which they have faith is only the reason behind the creation. The knowledge in their religious books is only the truth. Yes, few do not think like this. When you think out of the box and understand all the religions then there are chances you come closer to the ultimate truth of the universe.

Read more on The Creation