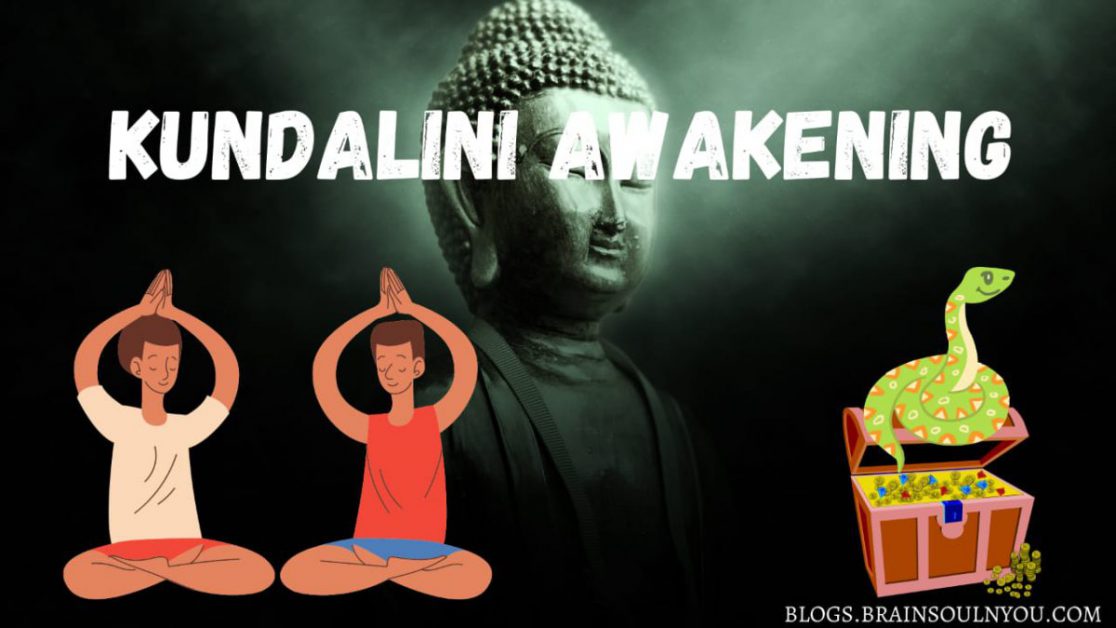 The term Kundalini usually refers to a dimension of energy. There is a vast amount of energy within you that has yet to discover its potential. Kundalini awakening is mystical energy described in the form of a coiled snake with heads on both ends; A snake that can act constructively or destructively when awakened.

A story I read in a book. A boy who used to shepherd had a dream one day. He saw that somewhere in a distant city there was a treasure hidden under the ground. He travels in search of that treasure. After much effort, he reaches that place. But he learns that the treasure he is looking for is in the same place he had dreamed of. Means under the same bench where he had dreamed.

Everyone is sitting on the treasure, but they are busy searching it in another direction. They don’t know where the treasure is. Kundalini is the treasure within you that has been left unused and untapped. You can use that energy to transform into a different dimension entirely; A dimension you cannot imagine.

What is Kundalini Awakening?

The snake-like kundalini face is down when in sleeping mode. He bangs hard when his face rises. This process is called Kundalini awakening. The spinal cord contains a fluid called cerebrospinal fluid (CSF). It is a clear fluid that surrounds the brain and spinal cord. Due to the joint between the skull and the spinal cord, this fluid moves up which is the craniovertebral joint.

When the Kundalini awakens and rises, the fluid moves upward, and that joint opens. The liquid then enters the skull and flows through the point between the eyebrows which is also called the third eye. Then it comes from the left side of the chicks and falls on the navel and ends at the point where it started. This completes the whole cycle.

What happens after Kundalini Awakening?

After Kundalini Awakening, when a cycle is complete, it creates a magnetic field around the person that is called aura. The energy that surrounds you is divine. Which direct connection to the universe.

Enlightenment Through the Path of Kundalini

Enlightenment means self-realization and knowing your true self. Most people want enlightenment but they do not know the path. You get the Enlightenment Through the Path of Kundalini.

Kundalini’s awakening is not such an easy process. Its negative effects have also been seen in many people. Because of the energy created after awakening Kundalini, many people cannot handle it. Some people feel electric shock inside themselves, some people feel as if they are flying upwards. Many people start having pain in the head.

It would be better for you not to try it in the absence of an expert or a guru.

How To Awaken Your Kundalini?

There are lots of practices and meditation that help in the Kundalini Awakening. Some meditation ways and practices I am sharing with you.

Osho designed his meditation and compose the music for awakening the kundalini. That is a 1-hour meditation which has 4 sessions of 15 min sessions each. Osho’s Kundalini meditation has four stages: shake, dance, sit in stillness, lie down in stillness.

Kriya Yoga is also a practice of Yoga that is revived by Mahavatar Babaji and then he transmitted it to his disciple Lahiri Mahasaya. Later kriya yoga came into awareness by Paramhansa Yogananda. Actually, kriya yoga is a science for Spiritual Awakening. In kriya yoga you have to first focus on your breath, then your full body by closing your eyes, then on your spinal and have to feel. your whole existence. It is difficult to explain its practice in words. It will be better you learn it from the Gurus of Kriya Yoga.

This is actually the Buddhist practice of meditation. In which you have to do certain things. Vipassana means seeing things as they really are. Vipassana includes techniques, like deep breathing, concentration on breathing, observing the inner and outer world, and visualization. This is the practice by which Lord Buddha achieved the Higher Consciousness.

If you know our body has seven chakras; Root Chakra, Sacral Chakra, Solar Plexus Chakra, Heart Chakra, Throat Chakra, Third Eye Chakra, and Crown Chakra. If you get knowledge about these chakras and start practicing meditation on these chakras will enable you in rising to 7 chakras. Rising 7 chakras is a spiritual awakening to the secret treasure within you.

There has been a lot of confusion over the years about what Tantra is. Most confused Tantra with sexual empowerment. Tantra relies heavily on triggers as a pathway to knowledge. Tantra is the practice by which one can get a spiritual awakening.

The word Hatha means Persistence. Hatha yoga is the practice that you do persistently and consistently. You do yoga beyond your body not allowing and you to do it forcefully. Like standing on one leg for hours, balancing on your hand.

Evidence of hatha yoga is found in the old stories of Hinduism. Where saints used to do penance for many months and years to get divine power. The demons used to do severe penance to please Lord Shiva and Lord Brahma by asking them for a boon.

Sexual contact can stimulate and awaken Kundalini’s energy. Just as snake venom can kill you, or help you heal from disease, sex can hold you hostage or set you free. Kundalini energy can transform biological instincts into urges to flourish.

Note: The ways for Kundalini Awakening are not that much easy. So, I will suggest you don’t try these alone. Practice these exercises under the guidance of experts and Spiritual Gurus.

Read more on Altered State of Consciousness, Higher Self Communication