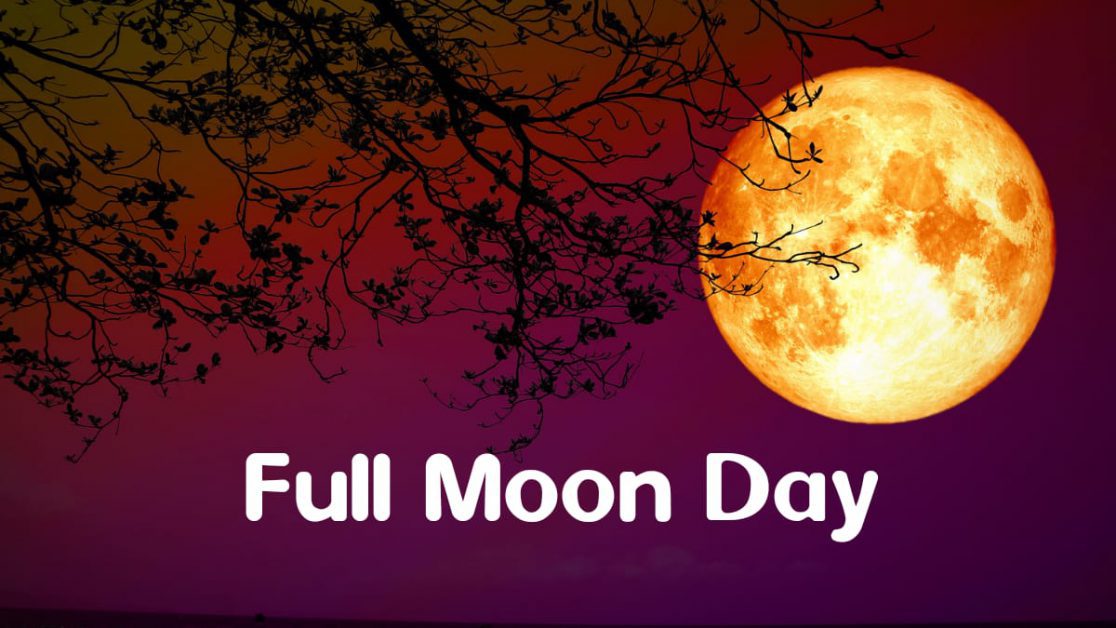 We have reached the moon and even after so much researches, theories and studies, the moon is still a mystery to all of us. It is an ancient belief that full moon day and new moon day affect the mood of all human beings. There is a mysterious connection between the Moon and the mind. But science will not accept it until it finds some proof. Many such things are written in our holy scriptures and science is doing research on it.

In this blog, I am sharing my own study on the Moon from its origins to the relationship between the Moon and the mind. By which you will clearly understand the importance of the full moon day. These are all my thoughts and some facts. If you read carefully and understand deeply, you will also find some truth in my thoughts.

According to the theory, 4.53 billion years ago, an asteroid hit the Earth with full intensity. In this collision, a part of the earth broke off and started rotating towards the earth. As a result of the collision, both became balls of fire. After a few years, their condition returned to normal. This is how the moon was formed.

It is believed that both attract each other due to their gravity. That gravity connects the Moon and Earth. The Earth’s surface is covered by 71 percent water and the oceans hold about 96.5 percent of the Earth’s water. After the formation of the moon, water came first on the earth and the reason behind this is the moon. This is why the Moon plays a very important role in high tides in the ocean. We can also say that there is a water connection between the Moon and the Earth.

Bacteria and fungi were the first living beings on Earth. Then plants and trees took birth. Meaning 1 level of consciousness which I discussed in my previous blog. The cause of all this life is the Moon. The Moon is the source of all consciousness on Earth.

The relationship between the Moon and the mind.

One more thing, one day a question arose in my mind that as we talk on the phone because of the satellite. There is a satellite for the phone and radio. Our brain is also like a phone. We also connect with each other by the mind. Telepathy is proof of this and the law of attraction also explains how our mind attracts anything. So, the question was, what is our satellite?

I got my answer while I was sitting in my garden. I am remembering that question again and suddenly I am looking at the sky. Then I saw the moon and I got my answer. The Moon is the satellite of the Earth and so is ours. It can be said that mobile phones and radios were discovered by looking at the connection between our mind and the moon. These are not fictional things, there is science behind it. This is how our mind connects with the moon. This is a mystical connection between the Moon and the mind.

Just like we connect radio or phone to the satellite by frequency, what is our frequency? This answer is found in a small word in Hindu scriptures. That word is Om. How simple and short this word is but very powerful. When we chant Om it generates a frequency that connects us with the Moon. In ancient times people used to chant Om for hours. Even now. Maybe most of them do not know the reason behind it but know its power.

The day when the Earth comes between the Moon and the Sun. The moon is completely visible on that day because the sunlight gets completely reflected on the surface of the moon.

The day the Moon comes between the Earth and the Sun. It is not visible on that day because there is no light on the front surface. In this position, the Moon is closer to the Sun, and the sunlight is completely reflected on its rear surface that we also know as the black surface of the Moon. Where scientists are trying to go.

You will see that all the major festivals like Holi, Buddha Purnima, Guru Purnima, Rakshabandhan, Sharad Purnima, etc. occur on the moon full moon day and Diwali on the new moon day. There is a logic behind celebrating the festival these days. The logic I shared, these days our happiness increases 10 times, your life will be filled with festivities when you celebrate.

It is believed that on this Full Moon Day, the Moon is closest to the Earth in comparison to the rest of the days. Therefore, the impact of the Moon is maximum on that day. It is also believed that if any food item is kept under the rays of the moon’s light, medicinal properties come in it. Which is very beneficial for health.

Eid is also celebrated only after seeing the moon. In ancient times people were fully aware of the power of the Moon and they know this secret of connection between the Moon and the mind. It is rightly said that God is one. No matter what religion you belong to or any deity you worship, there is only one power that the Moon has.

Moon is the ultimate consciousness and the source of all consciousness on earth. When we remind God we look at the sky and say that God is watching from the sky, but we ignore who is there. One thing that is always there is the moon.

There is much to know about the Moon and its power. So keep reading and keep sharing your love.

Also, Read The Creation, A Subtle Secret of Meditation, The Hidden Messages in Water

Saurabh Goel is the founder of Brain Soul & You. He is an Entrepreneur, Author, Brain Performance coach, NLP Wellness Coach, Life Coach, Brain Analyst, and Trainer for Education, Corporate, Entrepreneurship.