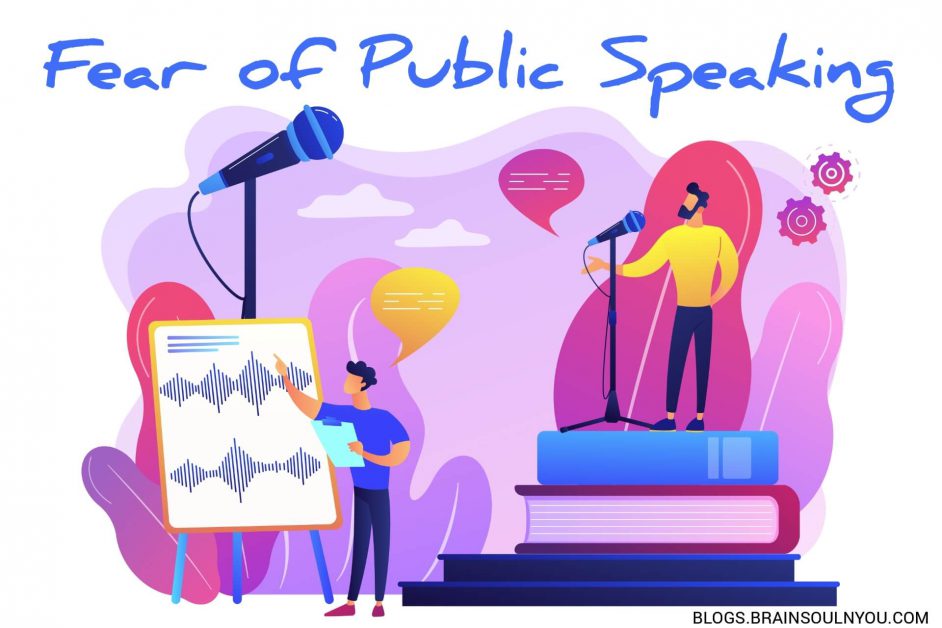 Most people have the fear of public speaking. In the survey, it found that 75% of people experience some degree of anxiety and nervousness when it comes to public speaking. This fear can lead to serious detrimental effects on one’s quality of life, career goals, and other areas also.

Fear of public speaking is the fear that people have, ranked ahead of the fear of death. Stage fright, camera facing, or addressing a large group of people are some examples of fear during public speaking.

When most people are asked to even consider making a speech, what kind of picture do they run through their minds? and what they actually feel? They see themselves standing nervously in front of the audience and having trouble remembering what they want to say. When you run these pictures on your mental screen again and again, the more you feel the fear of public speaking.

What Price you Pay?

Seriously consider the price you pay when you back away from those fears that are standing in the way of your growth.

How to Overcome the Fear of Public Speaking?

The only way to escape from the prison of fear is action. When you face your fear your fear disappears automatically. But most people fail to take the action to face the fear of public speaking. I am sharing a story that helped me to overcome my fear of public speaking. If you will also implement that idea shared in the story hopefully it will also help you to overcome your fear.

A Story of Onami – The Great Wave

Onami was a powerful sumo wrestler who lived in Japan about 100 years ago.

Onami was so strong and skilful that he was able to beat his own teachers during wrestling matches in private training. Indeed, Onami never ever lost a practice match.

However, Onami has a problem of stage fright. Crowds made Onami nervous.

He was unable to perform at his best during public matches in front of large audiences. During public matches, Onami was beaten even by his own students and also by untalented wrestlers only half his size. Onami’s stage fright became so serious that he lost twenty consecutive matches.

The Zen master told Onami, “Your name means Great Wave. Imagine you are a Great Wave. Visualize yourself sweeping your opponents aside like a powerful unstoppable wave.”

Onami did as the Zen Master said. He spent the days and nights visualising himself as the Great Wave, an earth shaking wave, big as the ocean itself, sweeping his opponent aside with great unstoppable power.

When the day of the competition came, Onami went into the ring of a public match with this mental movie of himself as the Great Wave. The moment the referee started the fight with the wave of the fan, Onami the Great Wave surged forward with tremendous power. He swept his opponent away with an unstoppable shove.

Visualisation is a powerful yet simple method to manage your feelings and your body for peak performance when facing acute challenges such as during a crucial contest, final examinations, or during public speaking.

Try it, you will be amazing.