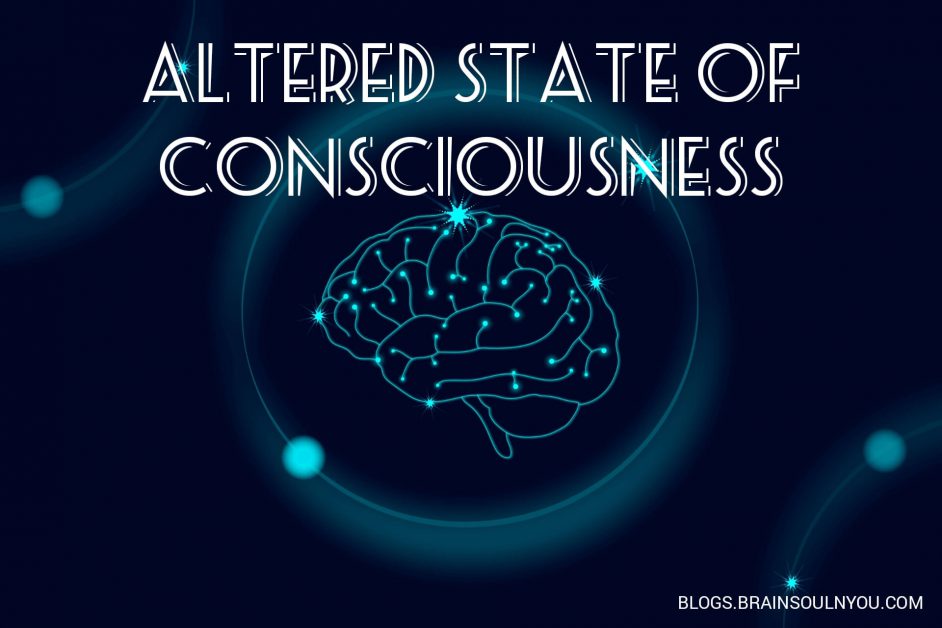 Benefits of Master the Altered State of Consciousness

After knowing its benefits you will never ignore it. If you master the altered state of consciousness you can achieve anything in your life. There are lots of benefits to it.

Healing: You can heal yourself physically or mentally. It can heal any type of disease depend on how you use it.

Problem Solving: It helps you in problem-solving. If you are facing any problem in life, you can get the solution for your problem by mastering the altered state of consciousness.

Performance: You can increase your performance in your work.

Desired Outcomes: You can get the desired outcomes by tapping into the different states of your consciousness.

The Different States of Consciousness

There are 4 states of consciousness that a human mind operates.

This is the default state of consciousness when you’re awake and alert. You are in a beta state during reading this article.

When you just sleep or just awake, during that time you are in the alpha state of consciousness. A calm and receptive state, you experienced during relaxation and light sleep. An alpha state is basically is the state where your thought in your mind becomes zero. This is an optimal state for learning, growth, and self-awareness.

The deepest state of unconsciousness and dreamless sleep.

After decades of rigorous case studies and research, The Silva Method has found that the Alpha and Theta State of consciousness play the biggest roles in a person’s self-evolution.

This observation is confirmed by countless peer-reviewed studies: including studies on indigenous communities that harness this ‘polyphasic’ understanding of consciousness to awaken abilities unknown to the average person.

How Famous Geniuses Use These Altered States of Consciousness?

Thomas Edison who was known for his 2000 plus patents told about his famous afternoon naps. Where he lied on the couch with a metal ball in his hand and as he drifts off and sleeps, his hand dropped the ball and hit the ground where there was a metal plate creating a loud clang that wakes him up, and he got ideas and remnants from these dips into napping. Actually, he wasn’t napping he was tapping into what is called a theta frequency.

Napoleon hill the legendary personal growth writer of the 20s 30s and 40s was asked to interview the world’s greatest minds and figure out what made them tick he wrote this in his classic book think and grow rich. He said a genius is a man who has discovered how to increase the intensity of thought to a point where he can freely communicate with sources of knowledge. That might not available through the ordinary rate of thought. This is what you’re about to learn so why do altered states matter.

How to Master the Altered State of Consciousness for Problem-solving

There are various ways to master the altered state of consciousness and tap into the alpha and theta state.

Breathwork is a part of meditation, in which you focus on the breath to go into meditation. This is slow and takes more time to tap into the alpha state.

Neuro training is very expensive. In this, your brain connected with the machine via various wires and then altered the state of consciousness.

In this way a drug is use to tap into the alpha state. This can be risky and addictive to the drugs.

The default mode is when you just wake you already in the state of alpha. This is key that you are already in the Alpha State for the 5 mins of your morning. You have zero thought in mind and it is the best time to take benefit of it.

Step 1. Just sit straight as you sit in a position of meditation. Close your eyes and look straight at your mental screen.

Step 2. Upward your concentration 20degree from your current position.

Step 3. Now, watch your problem on the mental screen which you want to resolve.

Step 5. Watch your desired result and stay for a little longer. Feel it like you already have it. Your feeling should be true.

Take an example to understand it clearly. Suppose you want to attract money, see the first current situation of yours, now on the next screen on left see the way how you can earn lots of money. Now, on the next screen see your desired income that you want to earn. Practice it every morning just after wakeup. You will see the results when you will be more consistent. Practice it just before sleep also when you feel sleepy.

Perhaps you have heard that dreams that were seen in the morning often come true. That’s the reason behind it. Because the dream you see in the morning you remind it more and it repeated on your mental screen after just waking up. You are in the alpha state of consciousness at that time. So, there are more chances to come true your dream.

The SIlva Method to Master the Altered State

The Silva Method is a self-help and meditation program developed by José Silva. He discovers the countdown approach technique for staying at Deep Alpha. The technique aims to reach and sustain a state of mental functioning, called the alpha state. So that you can access this unique brain wave at ease in seconds for accessing deep Alpha levels for healing, calm & creativity. Apply the Mental Screen for Advanced Visualization.

The technique (The Countdown Approach)

Day 1 to 10: This technique is the same as I shared in default mode just only step change.

Step 1. Just sit straight as you sit in a position of meditation. Close your eyes and look straight at your mental screen.

Step 2. Upward your concentration 20degree from your current position.

Step 4. Now, watch your problem on the mental screen which you want to resolve.

Step 6. Watch your desired result and stay for a little longer. Feel it like you already have it. Your feeling should be true.

Repeat this technique 3 times in a day to get the result more quicly.